Skip to navigation Skip to main content Skip to footer


Dr. Arthur received his medical degree in 1989 from Wake Forest University’s Bowman Gray School of Medicine and completed his residency training in radiation oncology at the VCU School of Medicine in 1994. He completed his training with a clinical fellowship at the Memorial Sloan-Kettering Cancer Center in New York. His clinical and research interests include brachytherapy, management of breast and genitourinary malignancies and soft tissue malignancies.


Dr. Chang received his bachelor's degree in microbiology from University of Michigan in Ann Arbor and his medical degree from Thomas Jefferson University in Philadelphia in 1997. He completed his internal medicine internship at Portsmouth Naval Medical Center. He went on to complete his residency in radiation oncology at Virginia Commonwealth University, where he was named chief resident his final year. He completed his training with a clinical rotation at the Netherlands Cancer Institute in Amsterdam. His clinical and research interests focus on the use of stereotactic radiotherapy in the treatment of central nervous system, thoracic and breast malignancies and IMRT for prostate cancers. Dr. Chang sees patients at VCU Massey Cancer Center at Stony Point.


Dr. Cuttino holds a bachelor’s degree from Clemson University in chemical engineering with a minor in physics. She received her medical degree from Virginia Commonwealth University School of Medicine, where she completed an internship in internal medicine and residency training in radiation oncology. She was chief resident in her final year of training. Dr. Cuttino completed a brachytherapy rotation at the Memorial Sloan-Kettering Cancer Center and was awarded a fellowship in prostate brachytherapy from the American Brachytherapy Society. Her research focuses on accelerated partial breast irradiation. Her clinical interests include brachytherapy and stereotactic radiosurgery. Dr. Cuttino sees patients with all tumor types at Henrico Doctors’ Hospital.


Dr. Hagan is a graduate of West Point and completed his medical training at Baylor College of Medicine. His postgraduate medical education included an internship in internal medicine at Baylor and a radiation oncology residency at Massachusetts General Hospital. Dr. Hagan also holds graduate degrees in nuclear engineering and biophysics from the University of Illinois, and he studied as a fellow of the Atomic Energy Commission at the Argonne National Laboratory in Chicago. As a senior investigator, Dr. Hagan was chief of cellular radiation biology at the Armed Forces Radiobiology Research Institute in Bethesda, Maryland, where he authored numerous articles on the biological repair of radiation injury. His laboratory efforts at the Massey Cancer Center are directed toward the improvement of cancer control through the use of radiation treatment. Although Dr. Hagan specializes in the treatment of genito-urinary cancers, his published works have reported treatment improvements for cancers of the breast, lung, colon, bladder and prostate. 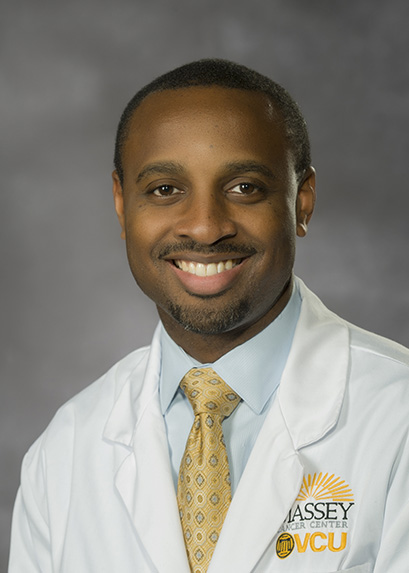 
Dr. Harris received his medical degree and doctorate from Johns Hopkins University. His Ph.D. was in cellular and molecular medicine, where he studied the interaction of the immune system and cancer. He then went on to complete his internship in internal medicine and residency in radiation oncology at Johns Hopkins Hospital. In 2014, Dr. Harris joined the faculty at Virginia Commonwealth University. His clinical interests include the management of brain, spine and pediatric malignancies. Dr. Harris also has clinical expertise in the delivery of stereotactic radiation to the central nervous system (CNS) and body. Dr. Harris’ clinical and translational research interests include combining immunotherapy with radiotherapy and the application of novel technologies and combined therapies in the management of CNS and pediatric malignancies. 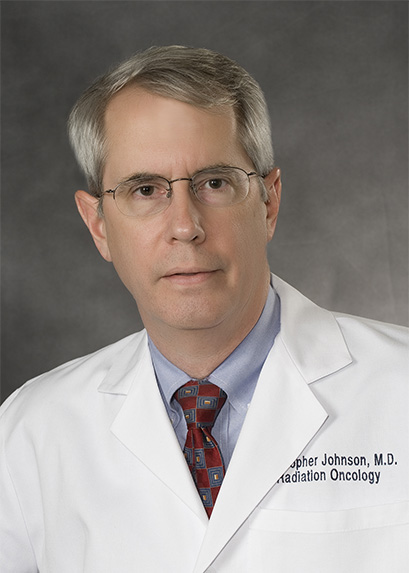 
Dr. Johnson is a graduate of the University of Virginia and the VCU School of Medicine. He received his pathology and radiation oncology training at VCU in 1983–86. His clinical interests and investigations focus on alternative schedules of radiation therapy for the treatment of malignancies of the head and neck. He is the medical director of radiation oncology at the Massey Cancer Center at Hanover Medical Park.


Dr. Moghanaki is a graduate of Vanderbilt University School of Medicine and completed his clinical training in radiation oncology at the University of Pennsylvania. His clinical training includes an internship in general surgery at Vanderbilt University. He received his undergraduate degree in biochemistry from California Polytechnic State University, and during medical school was a recipient of a Howard Hughes Medical Institute research fellowship to study the biology of breast cancer progression and metastases. He holds a master’s degree in public health from UCLA, and his academic areas of interest include clinical trial development, community outreach and palliative care. Dr. Moghanaki currently sees patients at the Hunter Holmes McGuire VA Medical Center, Massey Cancer Center at Stony Point, and the Massey Cancer Center on the MCV campus.


Dr. Monica Morris is a native of Northern California and received her undergraduate and master’s degrees at Stanford University. She earned her medical degree in 1993 at Baylor College of Medicine and completed her residency/chief residency Harvard/Massachusetts General Hospital. After 12 years with VCU and 5 years with UVA, she is now in general radiation oncology practice at VCU Health Community Memorial Hospital in South Hill, where she indulges her road cycling and historic home remodeling hobbies.


Dr. Schutzer is a graduate of The Warren Alpert School of Medicine at Brown University and completed his training in radiation oncology from Virginia Commonwealth University. His training started with his internship at the University of Maryland Medical Center. Dr. Schutzer is the residency program site director at the Hunter Holmes McGuire VA Medical Center and an affiliate assistant professor at VCU. He specializes in head and neck cancer, lung cancer, prostate cancer and GI malignancies. Research interests include value-based healthcare, prostate brachytherapy and quality of life after prostate cancer treatment.


Dr. Song received his medical degree in China and joined the Johns Hopkins Oncology Center as a research fellow in 1989. He participated in research projects to study new approaches for cancer therapy, including radioimmunotherapy and photodynamic therapy. He then received his doctorate in cancer biology from the University of Wisconsin, where he studied the mechanism of carcinogenesis by tumor viruses. He completed his internship at Marshfield clinic/St. Joseph Hospital and his residency training in radiation oncology at the University of Wisconsin Hospital. His clinical interests include head and neck cancers, lymphomas, lung cancer and tumors of the central nervous system. His clinical research involves application of new technology such as IMRT and combined therapies in the management of head and neck cancer.


Dr. Urdaneta received his medical degree at the Universidad Central de Venezuela in 2005, followed by research fellowships at Yale University and the University of Pennsylvania. As a research fellow, he participated in the development of breast and esophageal tumor registries. He completed two years of residency training in internal medicine at Yale New Haven Hospital-St. Raphael Campus before joining Virginia Commonwealth University as a resident. Upon completion of his residency training, Dr. Urdaneta became a faculty member at VCU. His clinical and research interests include soft tissue sarcomas, head and neck cancer, skin cancers and improving the use of radiation therapy in the palliative setting. 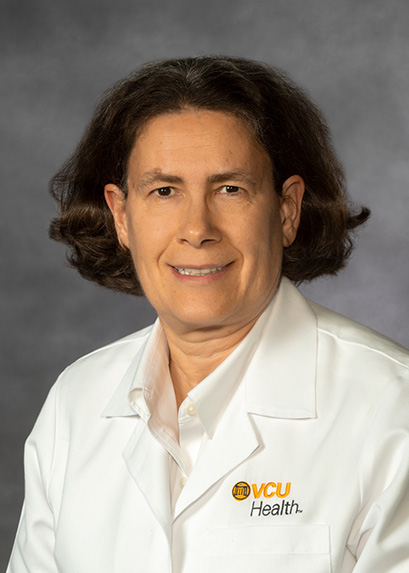 
Dr. Weiss received her medical degree in Germany in 1990 and her medical doctorate degree in 1991. She completed her residency training in radiation oncology in 1997 after attending programs in Berne, Switzerland, as well as Wuerzburg, Tuebingen and Goettingen, Germany. She was on the faculty at Goettingen University from 1997 to 2009 and received an academic teacher’s degree in 2004. Since 2004 she has been performing research at Virginia Commonwealth University and joined the clinical faculty in 2008. Her clinical interests include treatment of lung cancer, benign diseases and CNS tumors. She has special expertise in stereotactic body radiotherapy and respiration management. Her research interests include clinical trials in lung cancer, as well as translational research into four-dimensional aspects of radiotherapy and development of image-guided adaptive radiotherapy.